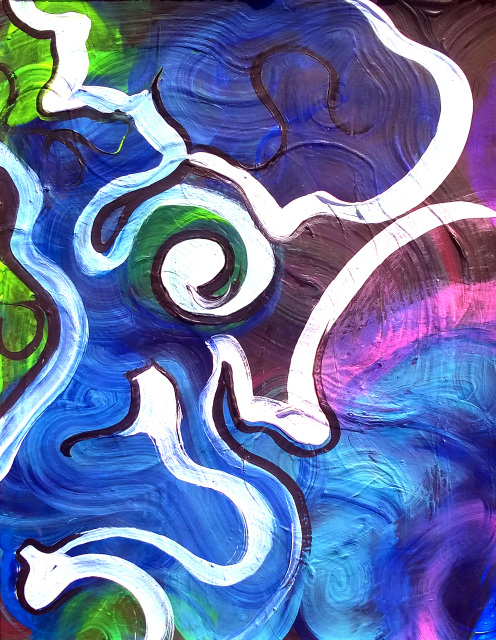 Inspiration: An off handed acrylic piece that was meant to be a background for a worded collage. After leaving it for a couple of months, I decided I like the piece as it was. The piece needed a name, so I decided to put it to a social media contest. The response was overwhelming. I chose 6 titles, then put those to another social media vote, and "Fluid Anguish, Solid Hope" by Brian Drummond of Las Vegas, NV, was the runaway winner. I love it.

Here is what Brian said was his inspiration for naming the piece: "When I first looked at the painting the color jumped out at me. It seemed to move and I got a feeling of angst. I then saw the solid white. It seemed steady as if to anchor the image. The white gave me a positive feeling. All this together came out as Fluid Anguish.... Solid Hope. The whole thing took about 30 seconds. It was really feel more than thought."

Any prints ordered are numbered, matted, signed and limited edition.

Only 21 are ever available.